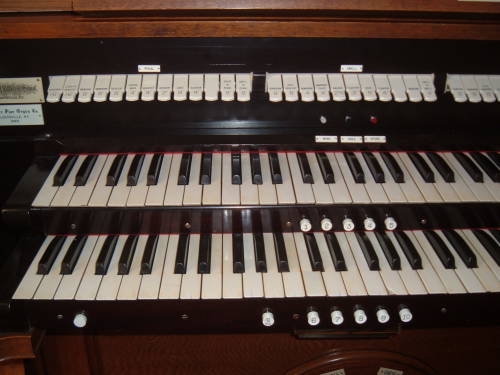 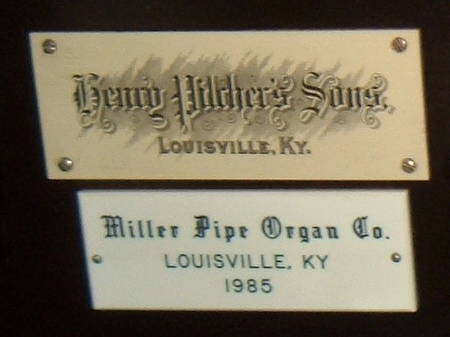 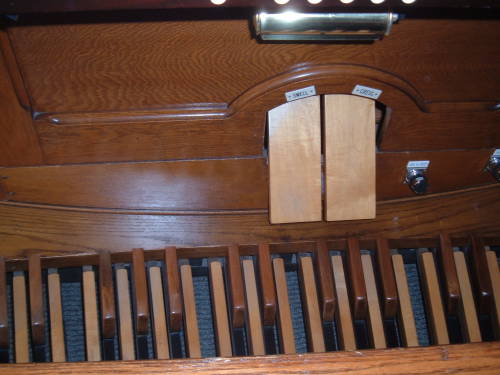 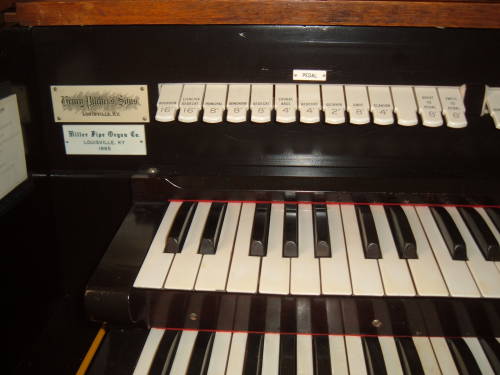 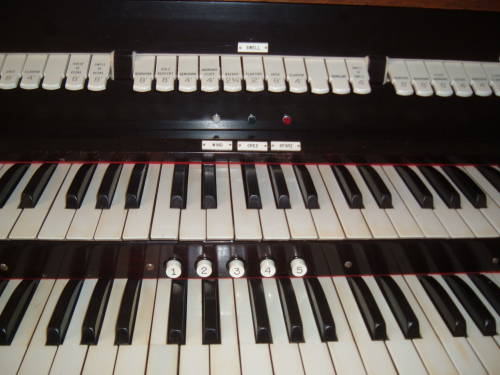 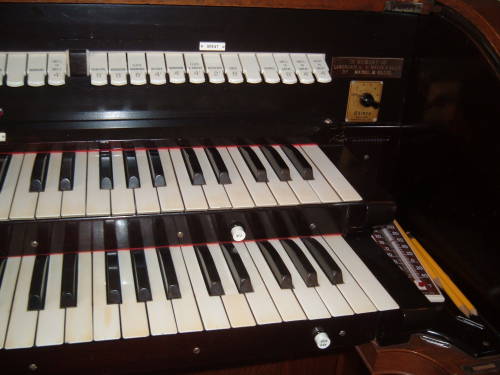 Mildred Ham Moss sent a letter to the church on December 2, 1984, from her home in Logansport, Indiana. She provided some background on the purchase and installation of the pipe organ at what was then the Methodist Episcopal Church on West Main Street in Paoli.

In a recent issue of my Paoli paper I read an article about the pipe organ in your church, which also had a nice picture of you and several members.

The article brought back such pleasant memories of long ago years, I suddenly felt an urgent desire to write and tell you how the organ originated.

I was pianist for the church choir and organist for several years after the organ was installed. I was also deputy treasurer of Orange County for six years and I remember very vividly how Rev. Bassett asked the treasurer, Mr. Lashbrooks, if he would give me permission to come to the church and help men from Louisville Pilcher Organ Co. install the organ. We were not so busy so of course he gave permission.

The pipes were lying over benches and all over the floor when I got there. From the smallest, maybe fifteen or twenty inches long, to the very longest one, out front.

The big box where the pipes were installed and also the console were up and he asked me to sit on the bench and touch and hold down whatever key he wanted and he would adjust the connecting pipe to the correct pitch. I helped all that first day and was fascinated to see and understand the inward workings of the pipe organ.

My girlhood home where I was born and raised is owned by Mrs. Daily Cunningham (North Gospel Street) and my parents raised eight children in the home and were loyal paying members of our Methodist Church.

I was young and had not been attending church very regularly, so Rev. Bassett and Mrs. Dean Cline, choir director, came to the treasurer's office and asked if I would accompany the choir in the Easter cantata they wanted to give. I agreed and after the program was over Rev. Bassett, Mrs. Cline and many others urged me to stay on. I very vividly remember how Rev. Bassett and Mrs. Iden Moore waited in the vestibule for me to come out and astonished me by offering a five dollar check for playing. By the way, five dollars at that time meant much more than our current five dollars. But really, Rev. LeBrun, that offer of money for something I thoroughly enjoyed doing made me realize that maybe I was really needed in my church. Of course, I refused their kind offer.

I agreed to stay on and with my accompanying and Dean Cline directing, we built up a large beautiful choir and within three years members were so enthusiastic and proud of the choir, at one of the meetings, Mr. Charles Brown mentioned "With our wonderful choir we should have a pipe organ. How do you all feel about it?"

That was the beginning and all members eagerly helped by going all over town asking for donations. I remember two members went into a prominent store on the square and asked the owner if he would donate to the project. Well, he was a very well established and wealthy store owner and immediately answered, "Why, yes, I think that is a worthy project, I'll just give to that." He then reached in a pocket and brought out a quarter! Of course, we all had a good laugh. All in all it was an exciting and happy undertaking and we were so happy when we had raised the asking price for the organ.

I am sending you a copy of the organ dedication service. I was organist for several years and they were among the happiest of my life. When my family started arriving, I resigned and Mabel Ellis took over.

The William Pilcher mentioned in the program was the son of the original owners in Louisville and a splendid organist.

By the way, I must mention that Rev. and Mrs. Bassett, Mr. and Mrs. Bob Cline and myself all visited the factory in Louisville and were given a complete tour of the plant. We saw how they started a new organ from the very smallest beginning detail on down the line until it was a beautifully finished, complete organ. It was very interesting.

I love that organ and through the years have thought of it as MY beloved old organ. In fact, I believe I am justified in feeling if I hadn't agreed to return and play for the Easter cantata they wanted to give at the time, they never would have had an organ. At the time the choir was very thin and weak and had just very few members and Dean Cline and I together built it up into the large, strong, happy choir it became.

I played for every kind of program imaginable, funerals, weddings, Christmas, Easter and just anything the church was used for.

I hope you and your members will enjoy learning how the organ originated. I thought it would be especially appropriate now that you all are rebuilding the dear old instrument.

Wishing you a happy new organ, I am

Also see the letter from Maud Anna Ham written around 1968 about the 1923 extension to the church and the 1927 purchase of the organ.

History of Churches of
Orange County, 1940